We welcome you to the 0.13.0 release of Open3D. This release is full of exciting new features with a strong emphasis in real-time pipelines, but also full of bug fixes and usability improvements. The big highlights of this release are as follows: 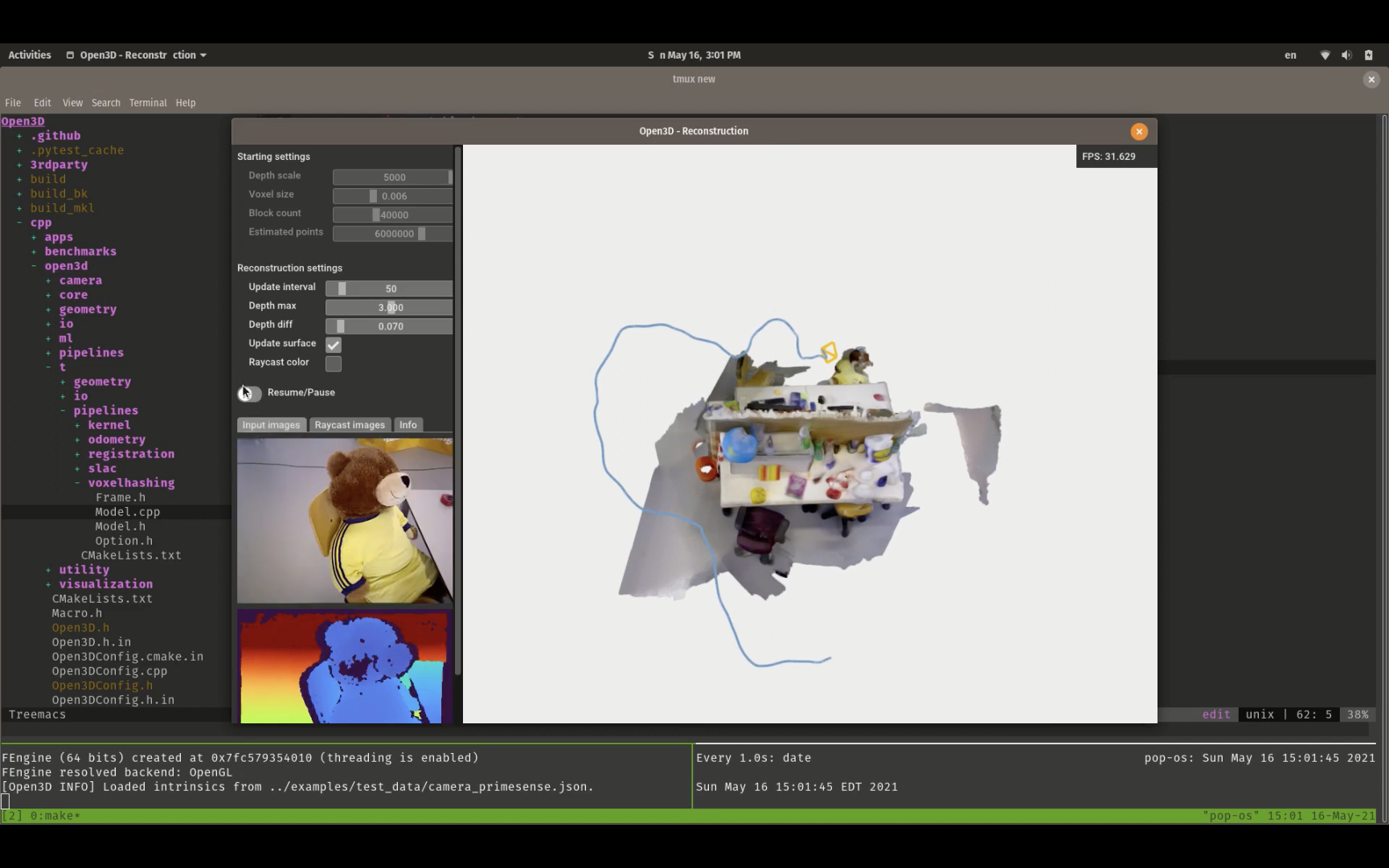 Figure 1. Example of 3D reconstruction from an RGB-D sensor.

We introduce the tensor based real-time RGBD Odometry pipeline. In addition to the legacy Hybrid and Intensity based methods, we support the popular point-to-plane method.

Based on the accelerated RGBD odometry and raycasting, we present the fully functional VoxelHashing system. It performs dense volumetric reconstruction with fast frame-to-model tracking. We present an easy-to-use GUI that also shows real-time interactable surface reconstruction.

We have further enhanced our legacy offline reconstruction system by introducing the Simultaneous Localization and Calibration (SLAC) algorithm. This algorithm applies advanced dense multi-way registration along with non-rigid deformation to create highly-accurate reconstructions.

We present a high-performance implementation of ICP using Open3D’ Tensor library. This module is one of the first on leveraging the new Neighbor search module and the newly crafted parallel kernels. This implementation brings support for multi-scale ICP, which allows us to do iterations on different resolutions in order to accelerate convergence while keeping computation low. 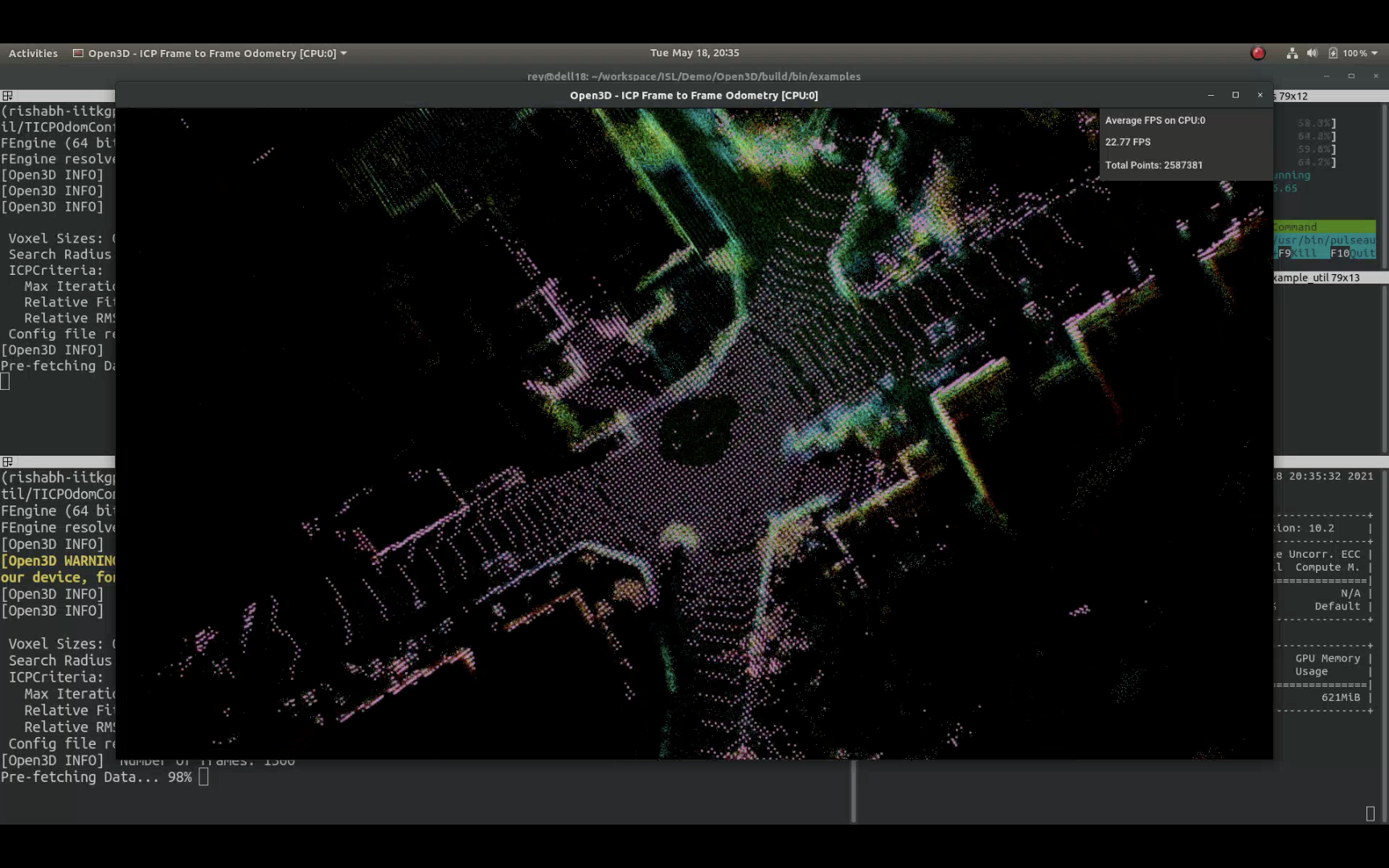 Neighbor search is at the core of many 3D algorithms. Therefore, it is critical to have access to a fast implementation able to execute a large number of queries in a fraction of a second. After months of development, the Open3D team is proud to present the new Neighbor Search module!

This module brings support for core search algorithms, such as KNN, Radius search, and Hybrid search. All these algorithms are provided with support for both CPU and GPU, through a common and easy-to-use interface. Write your code once and support multiple devices! Moreover, we have not sacrificed a single flop of computation, making this module one of the fastest neighbor search libraries ever created.

The need for visualizing complex 3D data in web environments has surged considerably in the past few years, in part thanks to the proliferation of sensors like LIDAR and RGBD cameras. New use cases, such as online dataset inspection and remote visualization are now an integral part of many tasks, requiring the crafting of ad-hoc tools, which often are cumbersome to use. 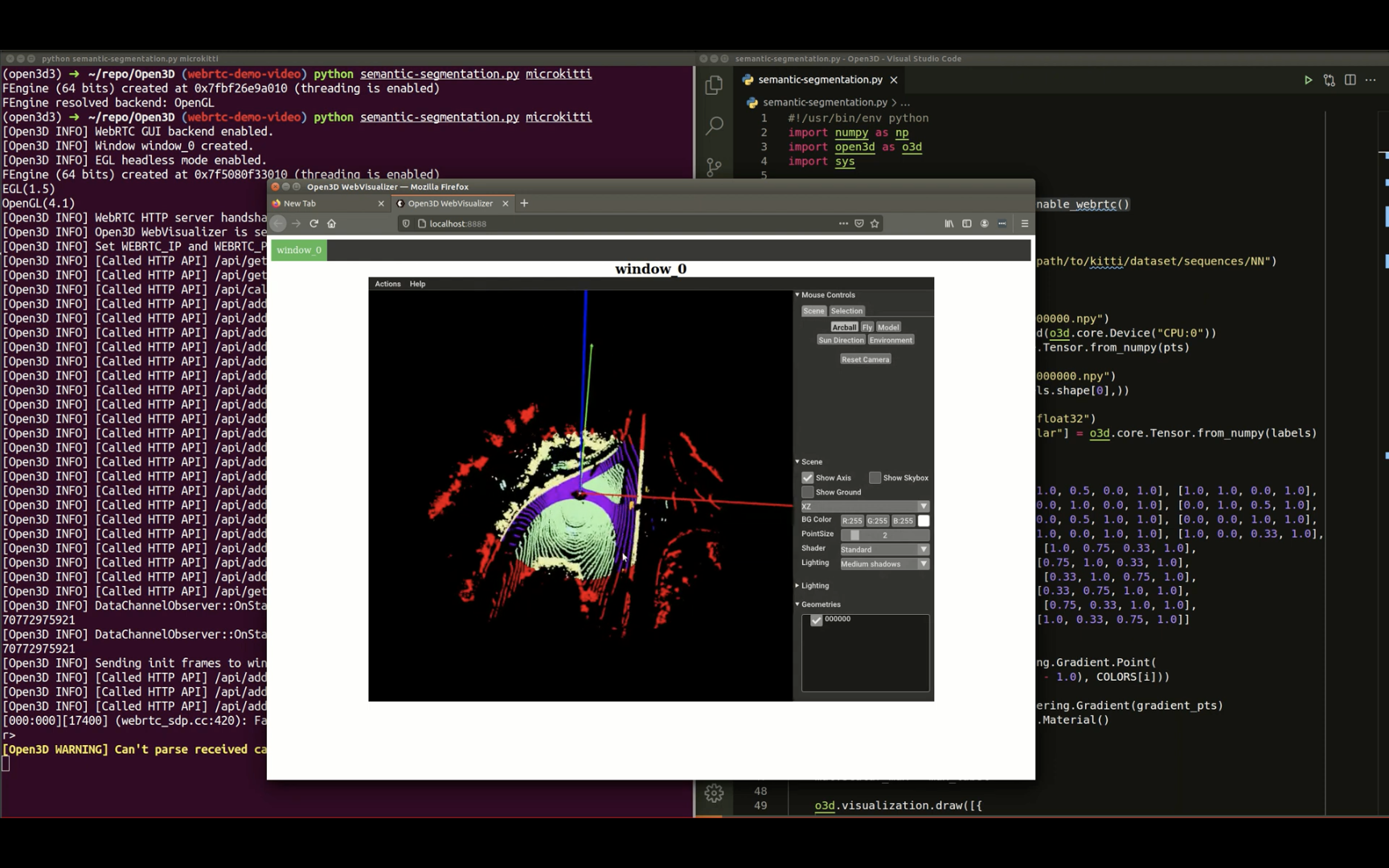 Figure 3. Standalone visualization of a semantic segmentation model in a browser.

In order to improve this situation, we introduce our new web-based visualization module, which enables 3D visualization from any browsers and any location. This module lets users run advanced rendering and visualization pipelines, both remote and locally through your web browser. All the power of Open3D’ rendering engine --including support for PBR materials, multiple lighting systems, 3D ML visualization, and many other features--, are now supported in your browser. This module also includes a Jupyter extension for interactive web-based visualization! This new feature allows you to run compute-intensive 3D processing in a dedicated server while visualizing the results remotely on any device through your browser. 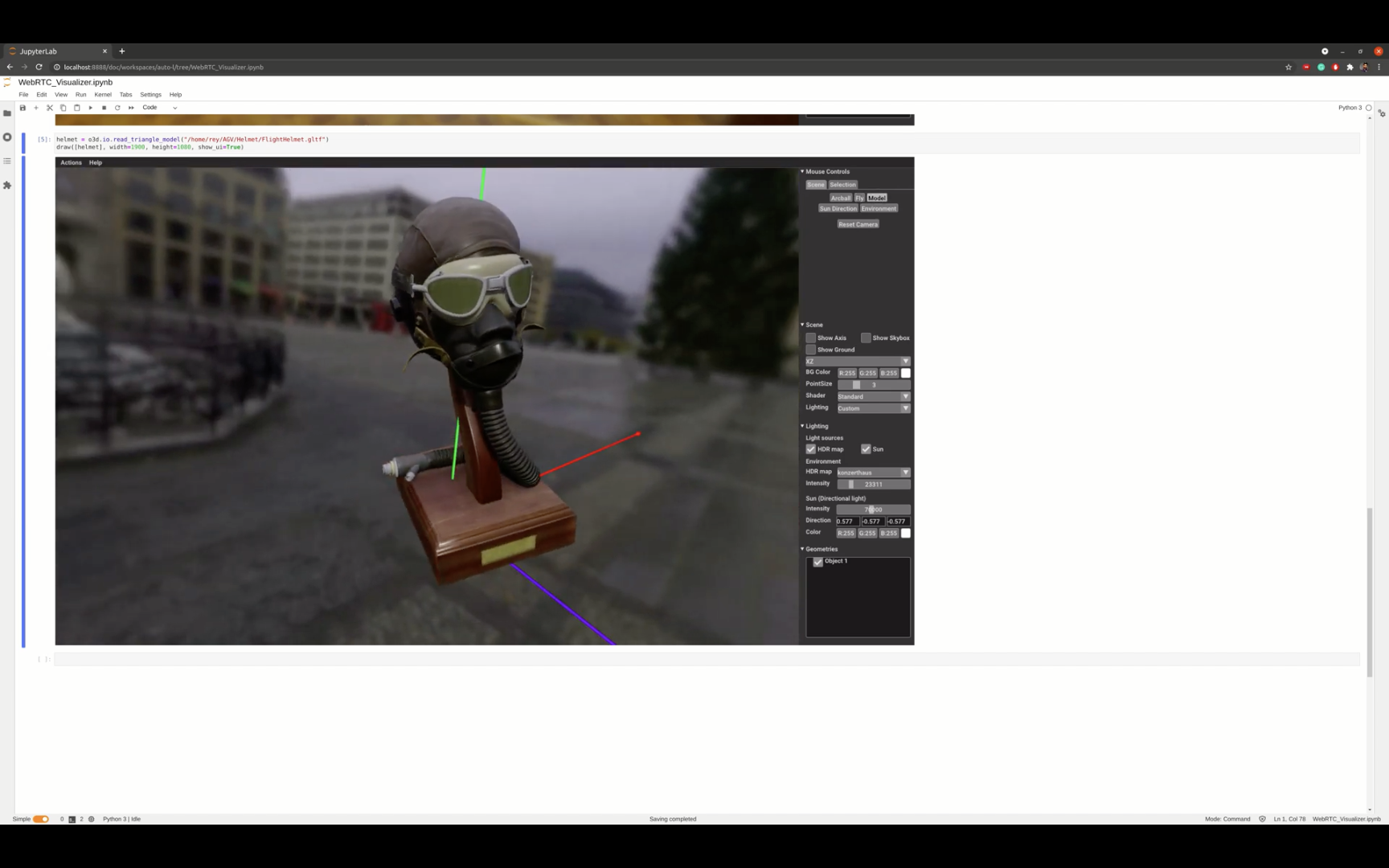 Figure 4. Visualization of a 3D model on a Jupyter notebook.

In this release, we introduce a new point cloud semantic segmentation architecture based on a Sparse Convolution-based UNet model. This architecture leverages the new sparse convolution operators provided by Open3D, and achieves state of art performance for Semantic Segmentation on the ScanNet dataset. We have also added support for PointRCNN for the task of 3D object detection. To enable PointRCNN we have added new operators like furthest_point_sampling, three_interpolate, ball_query, which are available through Open3D for TensorFlow and Pytorch. 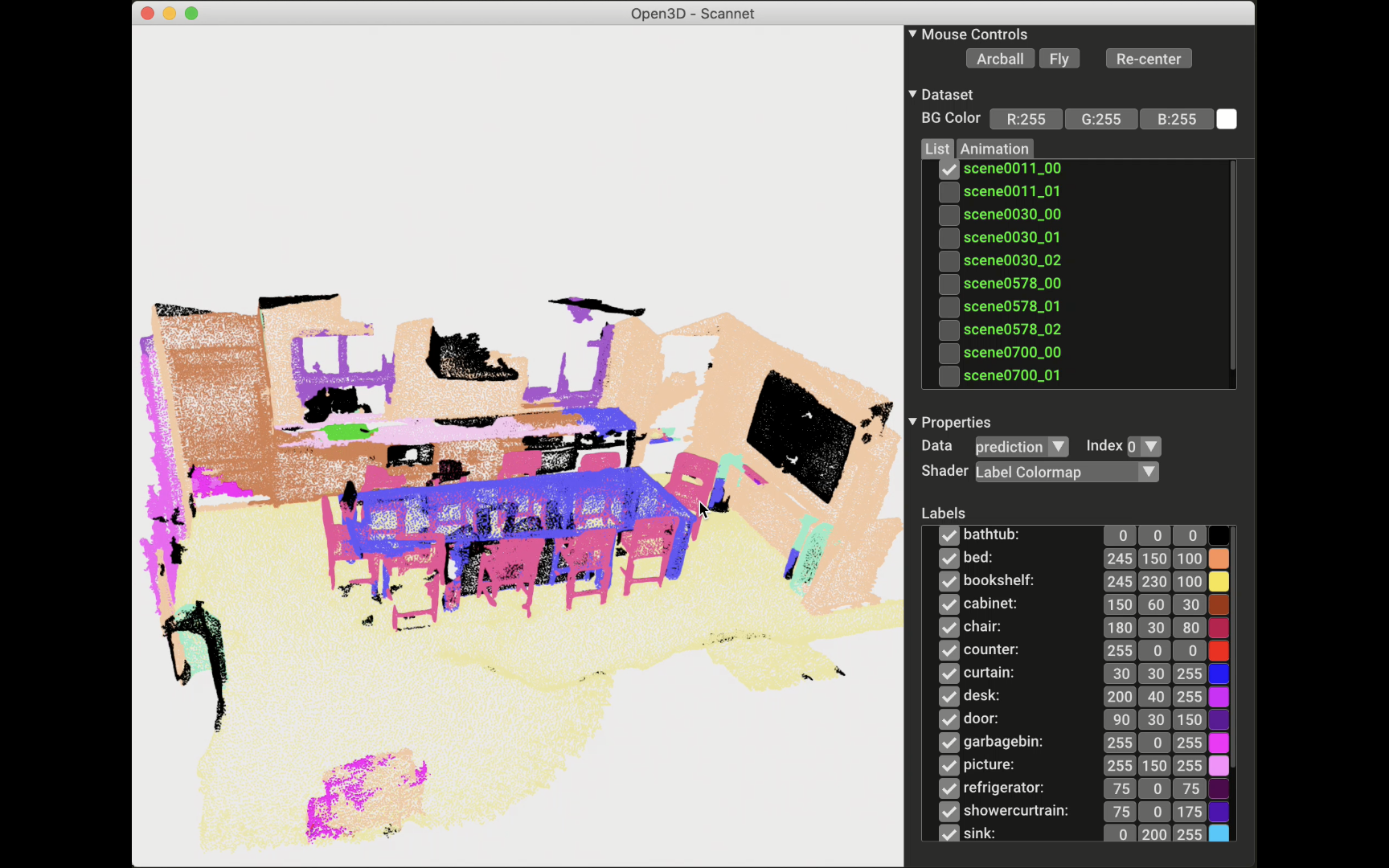 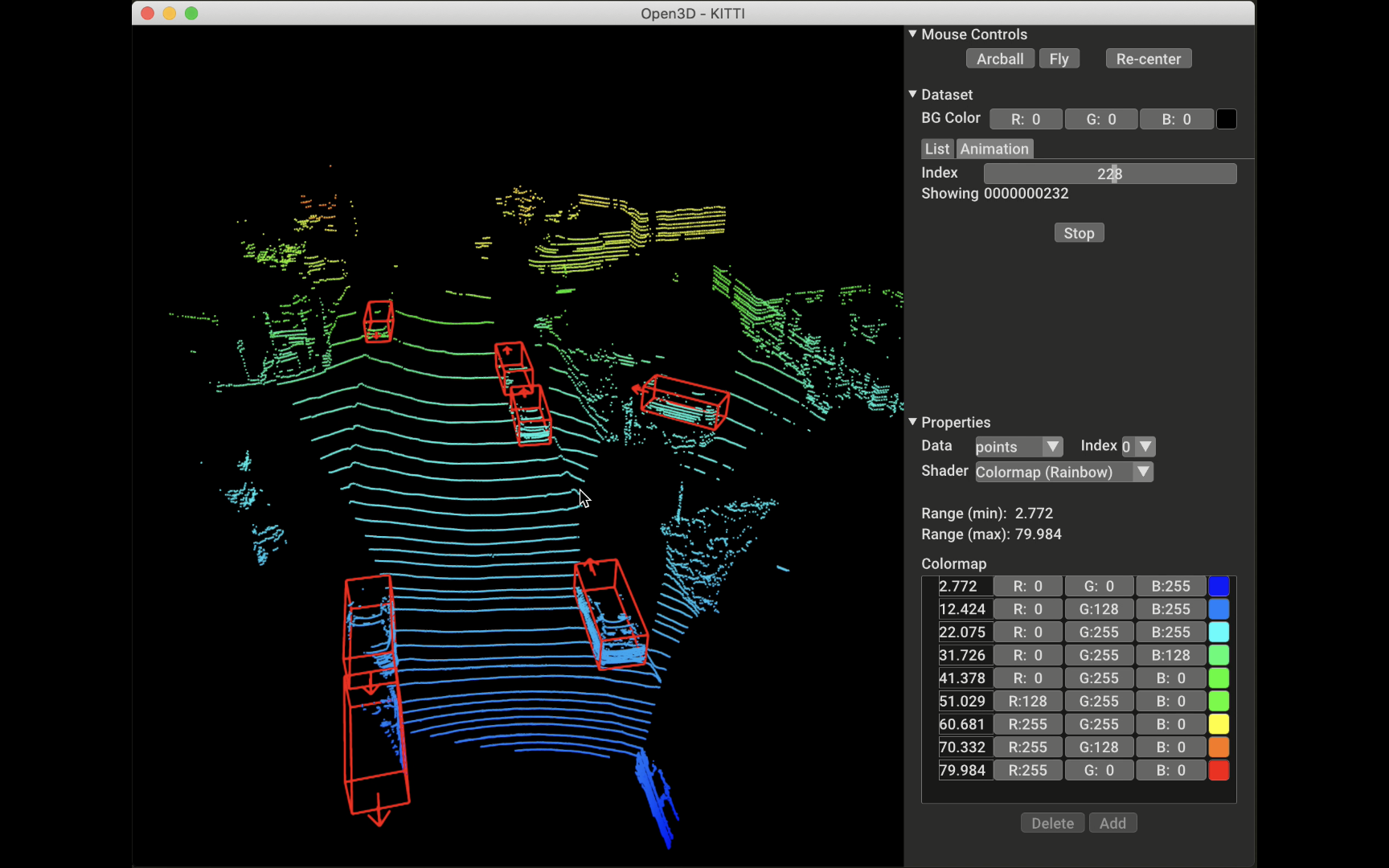 All these models are provided with their respective training and inference pipelines with support for TensorFlow and Pytorch. Pre-trained models are also provided (check out the following link).

This release brings the following datasets: Scannet and SunRGBD.

Open3D 0.13.0 brings a cascade of improvements and fixes to the renderer and GUI modules.

Our pip packages now include support for CUDA 11.0, PyTorch 1.7.1, and TensorFlow 2.4.1 to enable RTX 3000 series devices. Please, notice that we provide custom PyTorch wheels for Linux to work around an incompatibility between CUDA 11, PyTorch, and extension modules such as Open3D-ML.

We hope you find Open3D 0.13.0 exciting and useful. Happy coding!

Remember that you can reach out with questions, requests, or feedback through the following channels: